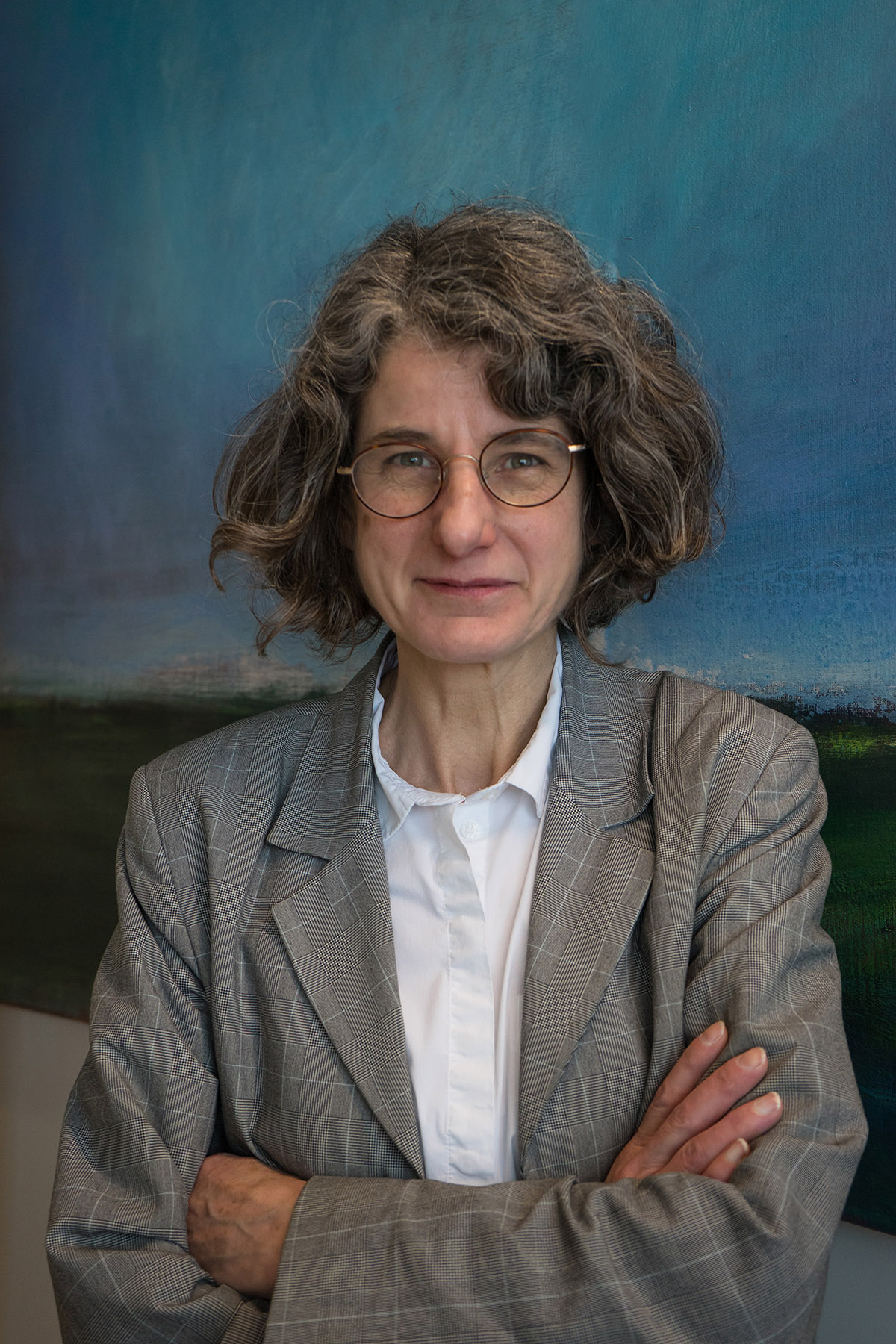 Dr Annegret Groebel is Director of International Relations at the German Regulatory Authority for Electricity, Gas, Telecommunications, Post and Railway (BNetzA). Dr Groebel has worked for BNetzA since 1998. She has been CEER President since January 2019 and was a Vice President of CEER since 2012. She also has chaired the CEER Market Integrity and Transparency (MIT) Working Group since 2013. She is a member of the Board of Regulators of the Agency for the Cooperation of Energy Regulators (ACER). Dr Groebel has a PhD in Economics from the University of Mannheim. She is also involved in the work of the Independent Regulators Group (IRG) and the Body of European Regulators for Electronic Communications (BEREC). 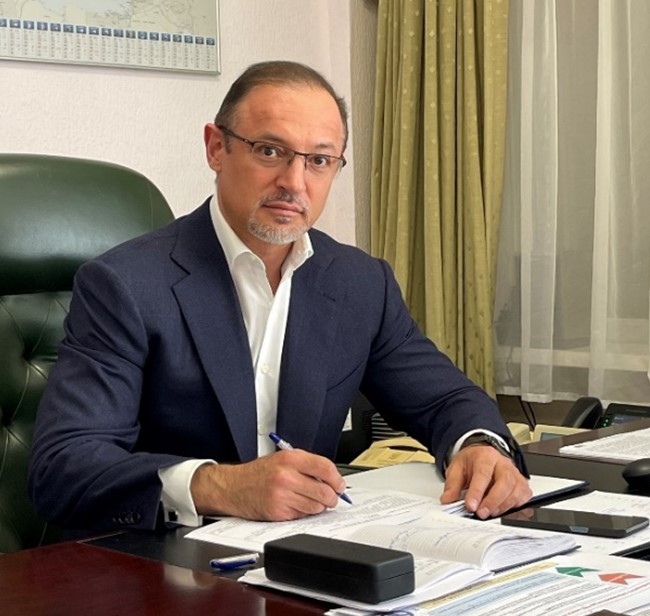 In 1996, Mr Kostyantyn Uschapovskyi graduated from the heat and power engineering faculty of Igor Sikorsky Kyiv Polytechnic Institute, under the program “combined heat and power plants”, specializing as a heat engineer.

In March 1996, he started as an inspector engineer of the 250 MW energy unit, Kyiv CHP-5. In May 1997 he was appointed as dispather-informator at the National Dispatch Center of Ukraine; then moved to the post of dispatcher of the IPS of Ukraine until May 1999.

From 1998 to 2000, he obtained his second degree in economy at Taras Shevchenko National University of Kyiv. In May 1999 to 2005 he was appointed to the Executive directorate of the JSC Kyivenergo as the Head of the operative dispatch Unit.

In 2015 and 2016, he worked as a counsellor to the Prime Minister of Ukraine and in 2017 and 2018, counsellor to the Minister of Energy and Coal industry of Ukraine.
From 2013-2017, he prepared and defended the doctorate dissertation “Development strategy for state infrastructure electricity enterprises of Ukraine” and subsequently obtained a PhD in Economics. From December 2021, he worked as NEURC commissioner. Since February 2022, he has served as Chairman of NEURC.

Session One: Emergency measures: how to cope with high energy prices 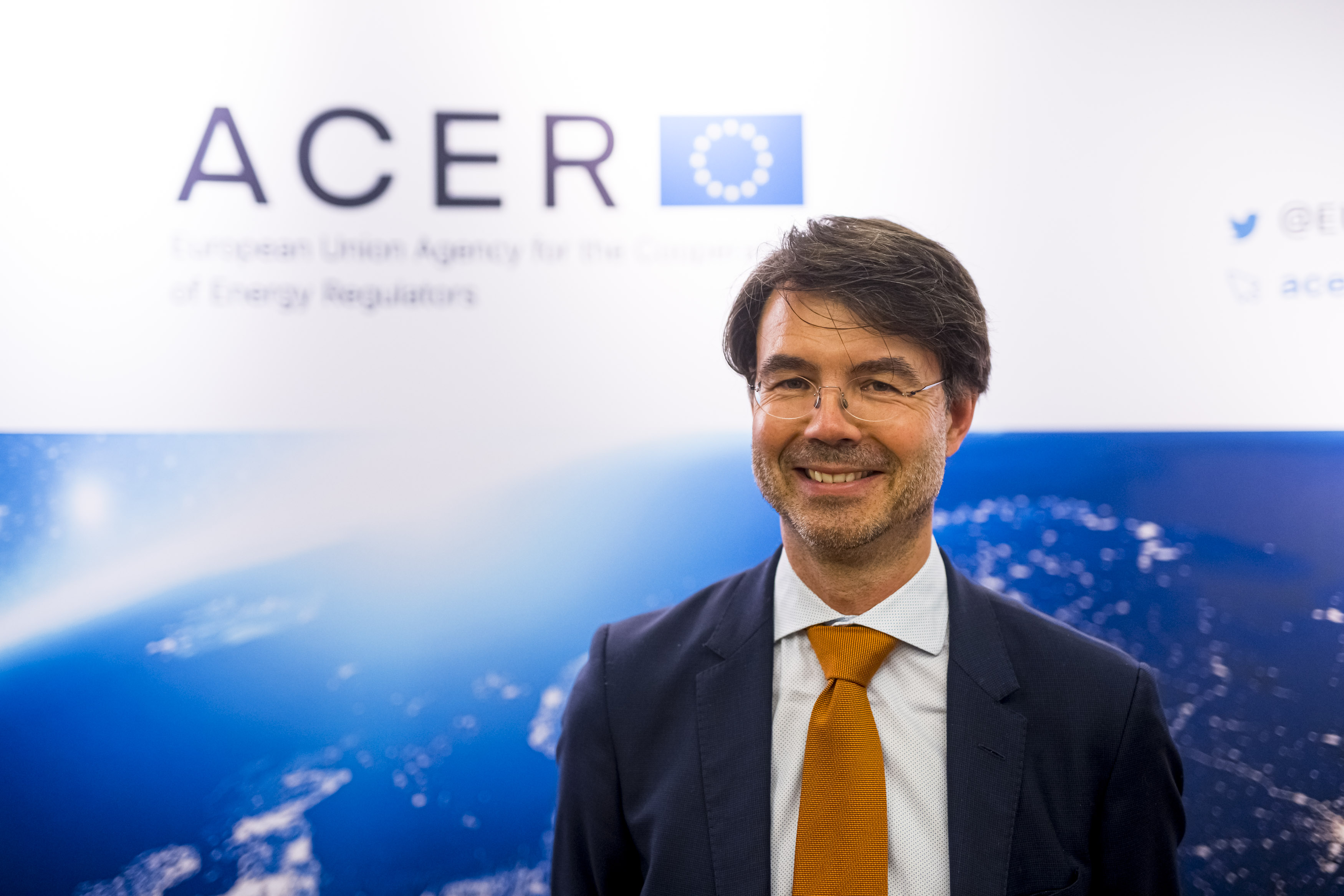 Dennis Hesseling joined ACER in 2012. He is responsible for the Agency’s energy infrastructure (electricity and gas), gas network codes and market monitoring, and energy retail activities. Before joining ACER, he worked as Head of Unit in the Competition Department in ACM, responsible for merger control and antitrust enforcement in the Dutch energy, telecommunications and media sectors. Before that, he worked in its Energy Regulation department from 2002 on, mainly on gas. From 2000 he worked as a management consultant for McKinsey & Company in Brussels. Mr. Hesseling holds a PhD in Mathematics and received additional training at IMD business school. He trained energy regulators, competition authorities and political parties in Europe, Asia and Africa. 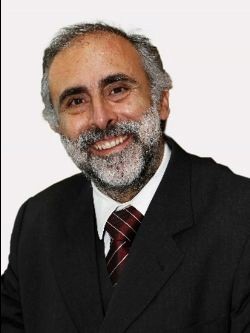 Pedro Verdelho is the President of the Portuguese Energy Regulatory Authority’s (ERSE). He previously served as the Director of ERSE’s Pricing and Tariffs Division.

With more than 20 years’ experience in the energy sector, Pedro is deeply involved in European regulatory cooperation. Since March 2021, he serves as Vice-President of the Council of European Energy Regulators (CEER). In addition, since 2019, he has chaired the Gas Working Groups of CEER and of the Agency for the Cooperation of Energy Regulators (ACER).

As Director General of BEUC, Monique represents 46 national consumer associations in 32 European countries, acting as a strong consumer voice in Brussels, ensuring that consumer interests are given weight in the development of policies.

Monique is a member of the Euro Retail Payments Board, as well as of the European Commission’s Consumer Policy Advisory Group.

Monique is Co-Chair of the Transatlantic Consumer Dialogue (TACD) a network of EU and US consumer organisations. 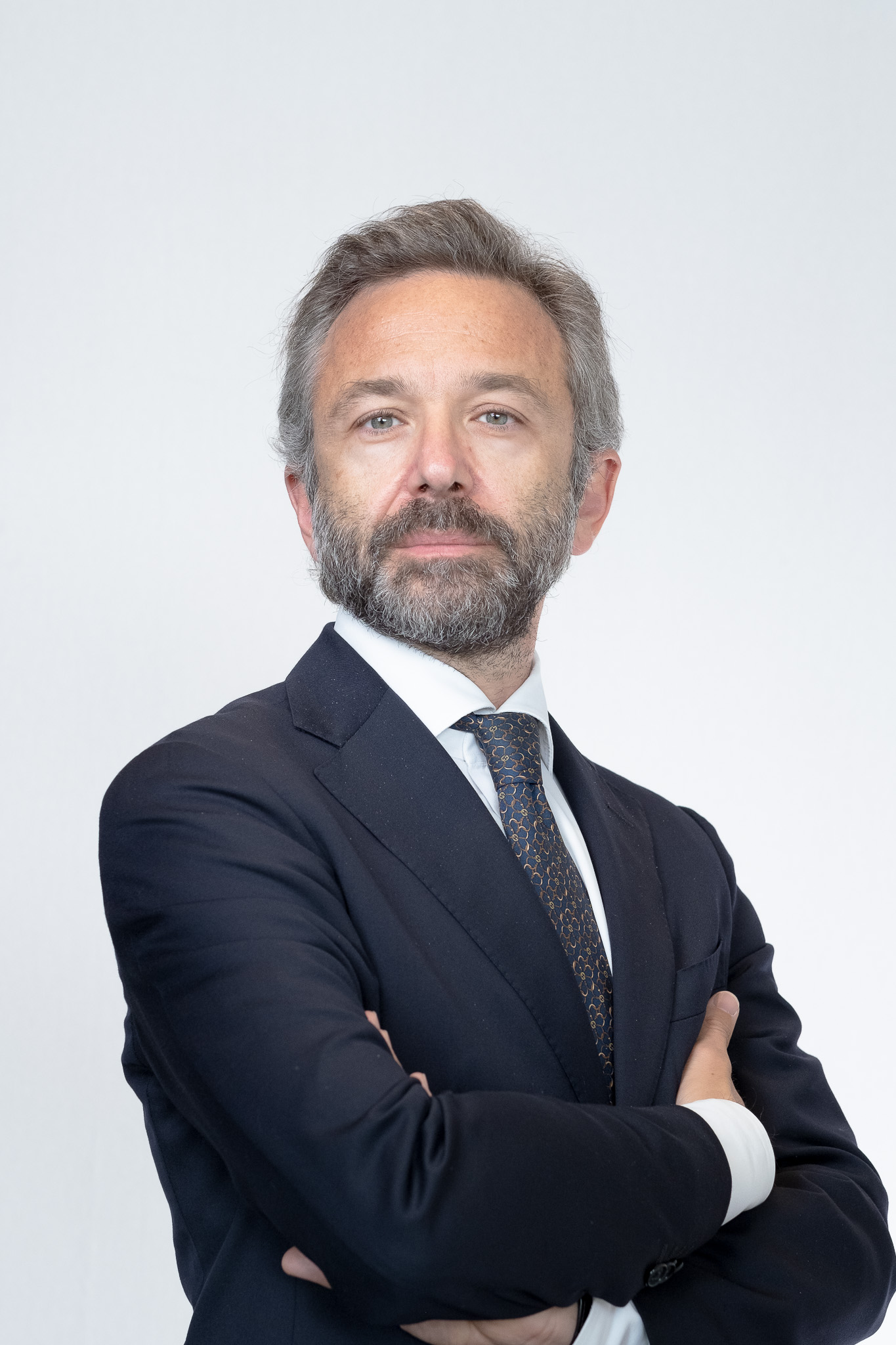 In Enel Group since 2000, he is currently Chief Executive Officer of E-Distribuzione S.p.A. Prior to this role, he has held several positions of responsibility including Chief Financial Officer of the Group’s subsidiaries in Romania and Slovakia. He also served as Head of Planning and Control of the Enel Group and of the Global Infrastructure and Networks Business Line. He holds a Master’s Degree in Corporate Finance at Luiss Guido Carli University in Rome. 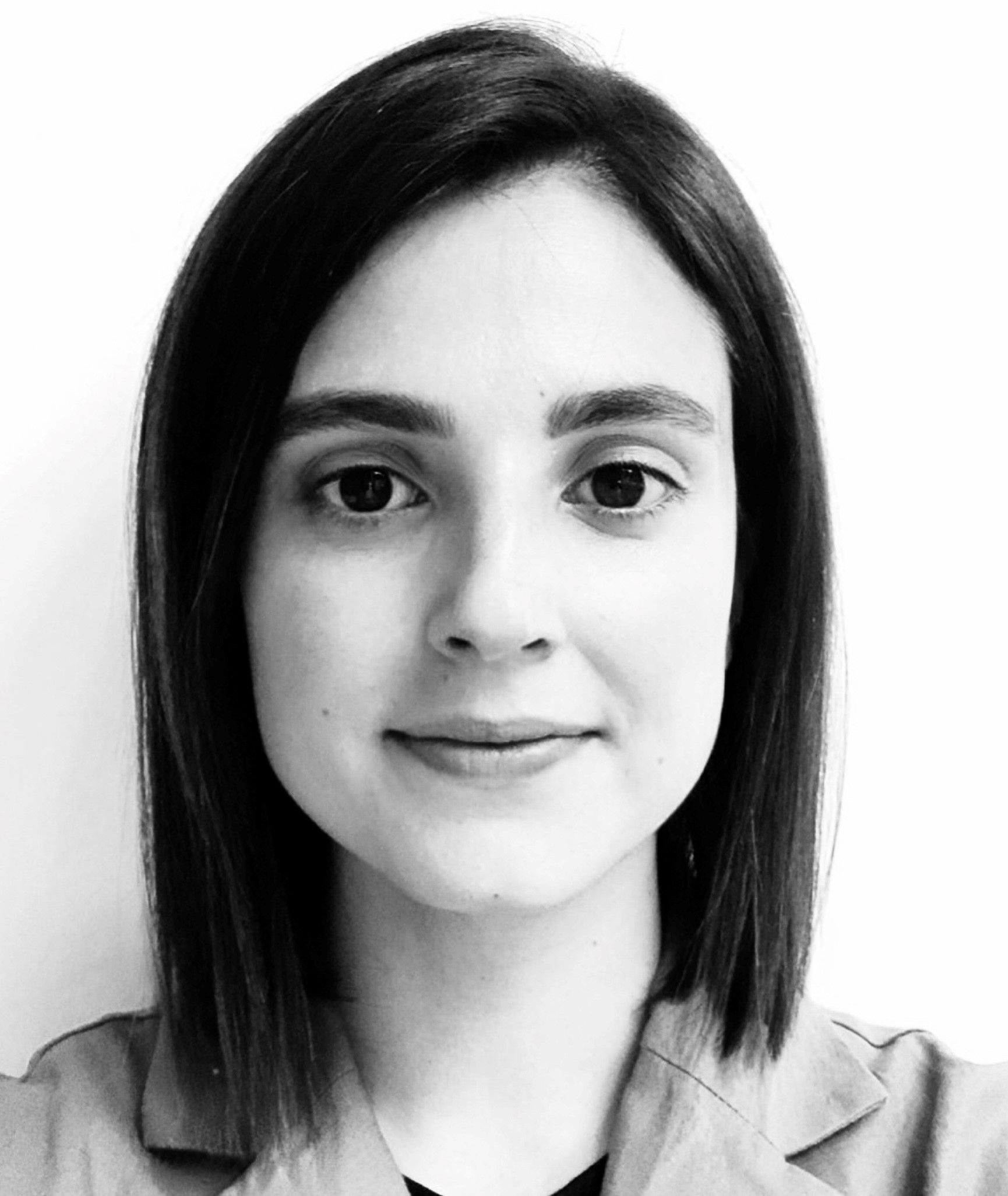 Annamaria Marchi is Deputy Head of the Internal Energy Market Unit at the Directorate General for Energy of the European Commission. Previously, she worked at ACER and at the Commission’s Competition DG, where she dealt with State aid cases in the energy sector and carried out the State aid Sector Inquiry on Capacity Mechanisms. 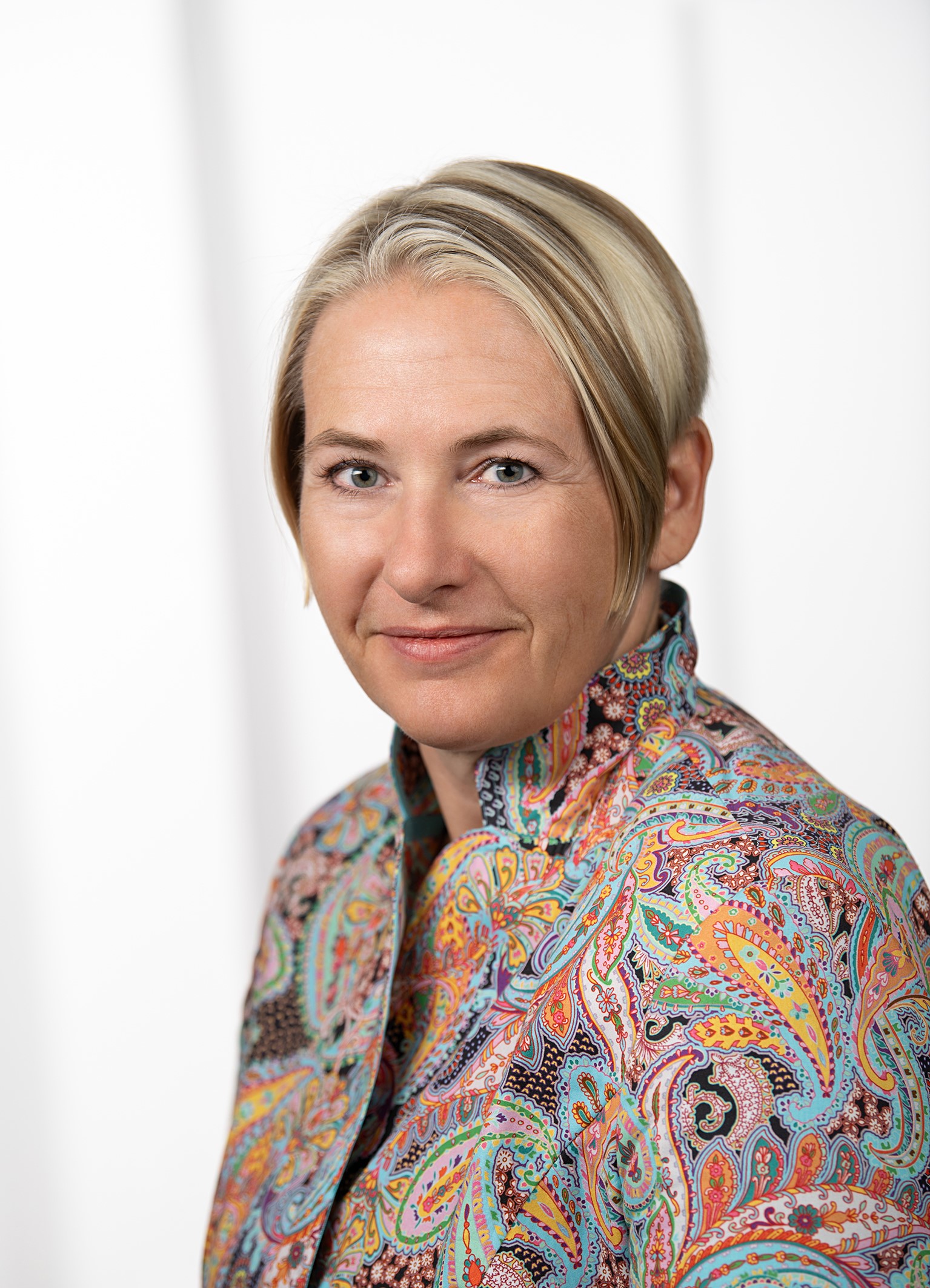 Christine Materazzi-Wagner is a graduated electrical engineer and working in the energy sector for more than 25 years. From 2011 to present, she is Director of Electricity at E-Control. Since 2019 she chairs the regulators ACER and CEER Electricity Working Group tackling the regulatory issues of for example, system operation, network development, market integration and adequacy. 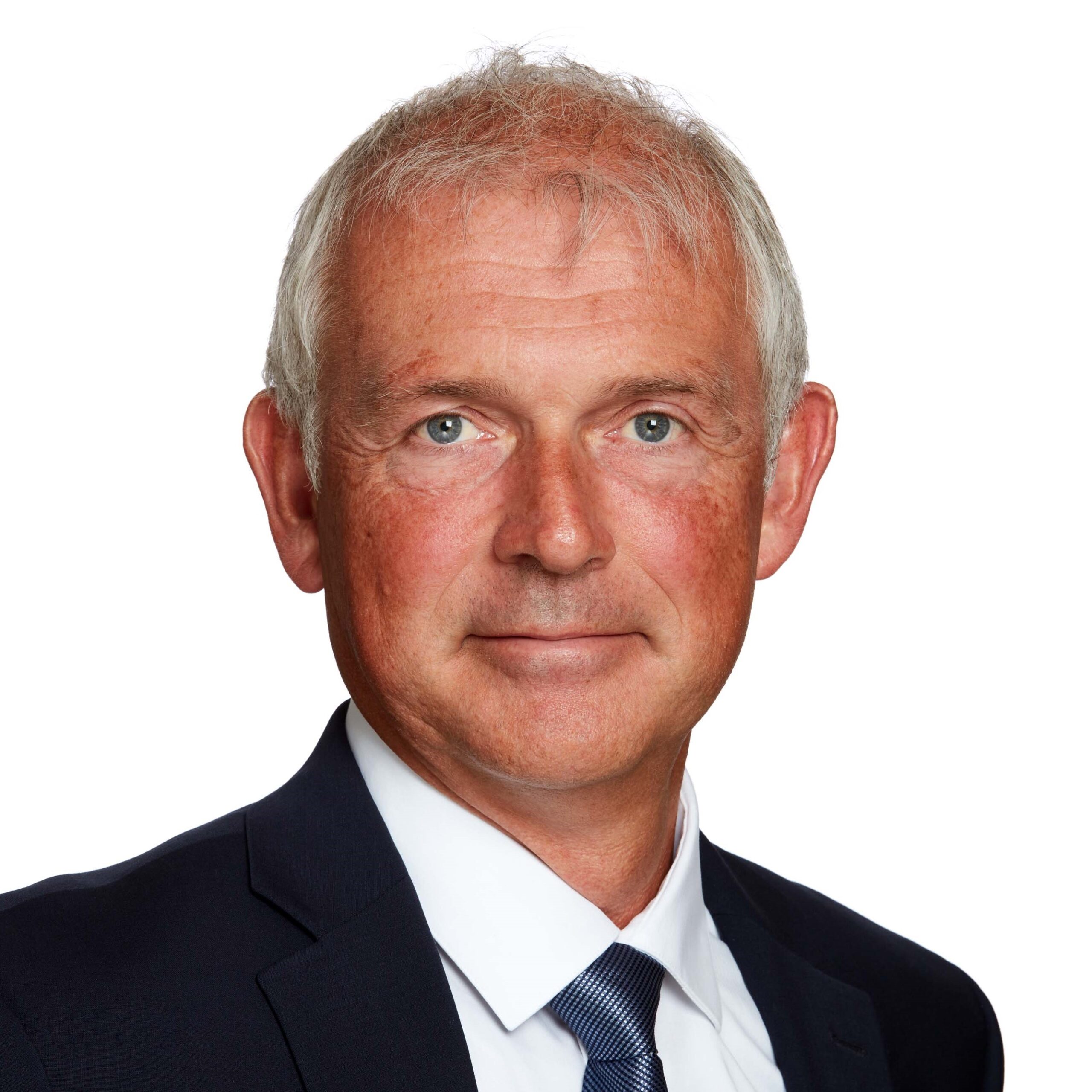 Kjell Barmsnes is the Chair of the ENTSO-E Market Committee since 2021. Before that he was engaged in market development work in the Nordics and between the Nordics and Continental Europe. He has also been convenor of ENTSO-Es work on Ancillary Services, including electricity balancing. 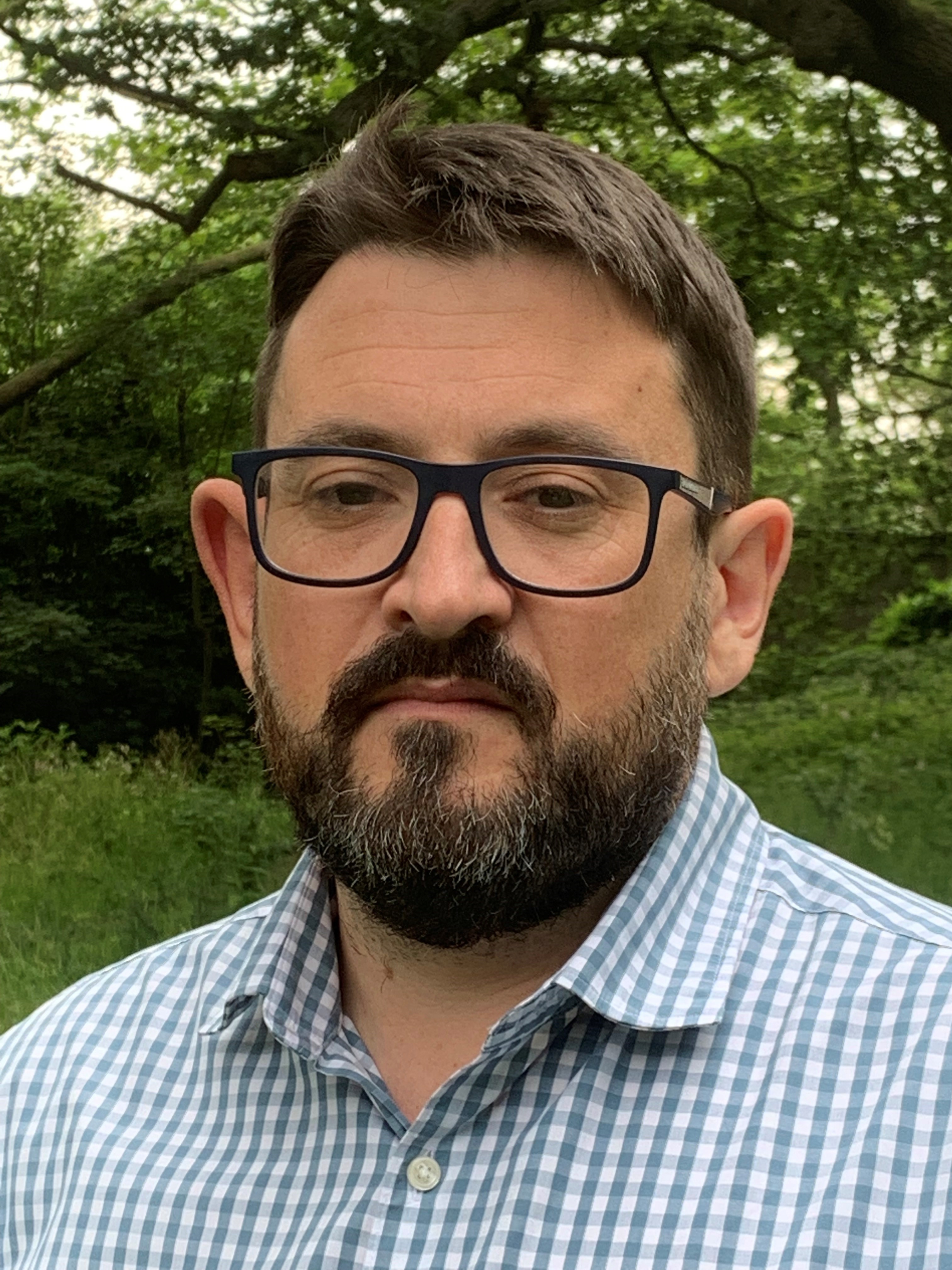 Mark has 20 years of experience of developing policies to improve the UK and Europe's energy markets. He is currently CEO of EFET and Director at Copley Energy Consulting. Prior to joining EFET, Mark held a senior role within the UK Department for Business Energy and Industrial Strategy (BEIS), where he was closely involved in the development of the energy aspects of the EU-UK Trade and Cooperation Agreement. Mark was previously Associate Partner, Wholesale Markets at Ofgem, UK member of the ACER Board of Regulators and CEER General Assembly & vice chair of European energy regulators' Electricity Working Group. Mark also spent 4 years in Brussels with the European Network of Transmission System Operators for Electricity developing network codes and 3.5 years as an economic consultant with Cambridge Economic Policy Associates (CEPA). He holds a first degree in economics and master’s degree in Economic Regulation and Competition Policy. 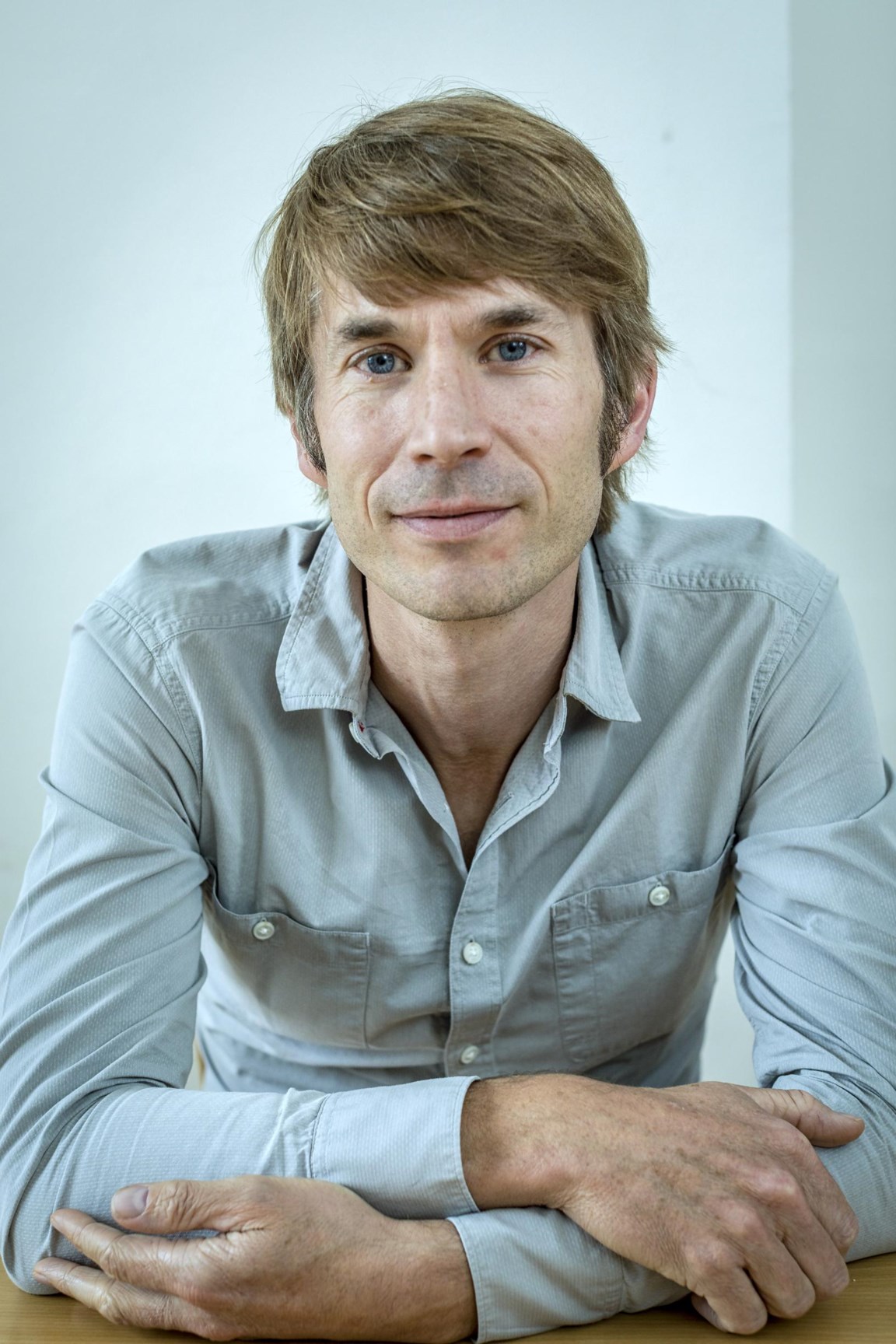 Bram Claeys is senior advisor at RAP and coordinates RAP Europe’s power team. He is based in Brussels, Belgium. His personal focus is on market reform for the energy transition, distribution systems, and sector coupling. Before joining RAP in 2020, Claeys was the director general of the Organisation for Sustainable Energy in Belgium.

In the U.S., he served as the renewable energy deputy director for the Massachusetts Department of Energy Resources. Prior roles included acting as the renewable energy advisor to the Flemish energy minister, climate and energy policy advisor for NGOs, and environmental consultancy. Claeys is a chemist by training (University of Ghent, Belgium) with additional degrees in environmental management from the University of Brussels and in international cooperation from the University of Ghent. 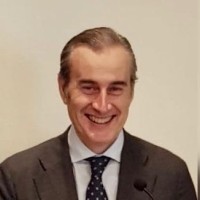 Rafael Gómez was elected Chairman of the NEMO Committee in September 2020.  The NEMO Committee facilitates the cooperation among NEMOs for the efficient and secure design, implementation and operation of single DA&ID coupling.

From October 2017 until September 2020, Rafael was the NEMOs’ Chairman of the TSOs-NEMOs’ DA Joint Steering Committee helping operate and geographically extend the European Single Day-Ahead Coupling.

With more than 25 years of experience in energy regulation, he joined OMIE in 2012 as Director of the Chairman’s Office. Currently, Rafael is Director of Public Affairs and Marketing in the OMI Group. He also worked for the Spanish Energy Regulator (CNE) and CEER.

Rafael is Industrial Engineer, holds a PhD by the Universidad Politécnica of Madrid and a DG Program by IESE Business School. 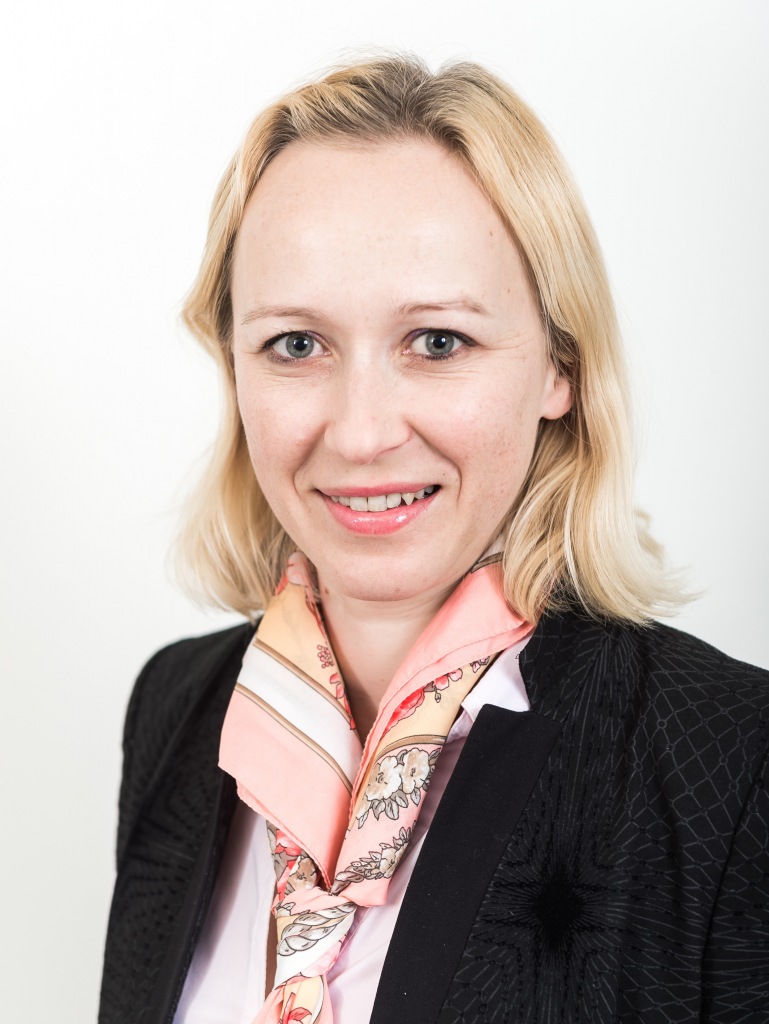 Ms. Alda Ozola has been serving as a chair of the Public Utilities Commission in Latvia since July 2021. As a chair of multi-sector regulator, she focuses on dynamic regulation that would foster energy transition towards climate neutrality.

From 2013 until 2021 she was a Deputy State Secretary at the Ministry of Environmental Protection and Regional Development with primary areas of responsibility being climate policy and sustainability, environmental protection and biodiversity.